It shall be the duty of the Chapter’s Heritage and Archives Committee to provide an organized method of research, analyzation and categorization of the  historical data of the Chapter.

History – Taken from the 50th Anniversary Member’s Only Book

As we review the last fifty years or half a century, there is not any disagreement that the beginning of the Saginaw Alumnae Chapter began with the tenacious attentions of Soror Jane McGhee.  Soror McGhee contacted the national office to find out what the requirements were for a graduate chapter to be established. She contacted area sorors to acquire the twelve members needed to start a chapter and she pursued those local sorors she knew to become actively involved in initiating a new alumnae chapter.

When it appeared to Soror McGhee that she would have to be more persistent, she sent a tearjerker of a letter.  She reminded her sorors that they were Delta women and had a responsibility to the twenty-two founders, national officers, the country, the state, the community, their families, God and themselves to get a chapter started.  She reminded them that they could not be released from their commitment to Delta Sigma Theta Sorority, Incorporated.  After receiving that letter there was a tearful meeting that marked the beginning of a long process that culminated in the chartering of the Saginaw Alumnae Chapter of Delta Sigma Theta Sorority, Inc. on October 28, 1967.

The chapter was chartered by Soror Nona Ross, Midwest Regional Director from Chicago, Illinois and some visiting sorors from the Flint Alumnae Chapter.  Four of the charter members were inactive but the other eight members set out to establish Delta Sigma Theta Sorority, Inc., Saginaw Alumnae Chapter as a viable organization in the Saginaw community.  The eight members were spread across the Tri-cities – Midland, Bay and Saginaw counties.

In the first year of operation, sorors sponsored a dinner-dance around Valentine’s Day and called it the Sweetheart Ball.  This is the longest on-going project that supports the sorority’s scholarship fund. In the early days, sorors struggled to raise the $250.00 that would be distributed as scholarship funds across two semesters.  Soror Earnestine Mack Clark (now deceased) brought the idea of a Delta Doll program to the chapter in the 1970’s.  This program involved young girls from 6 to 12 years old in a talent presentation and a doll coronation.  This was a very successful scholarship fundraiser.

The Golf Tournament is another on-going fundraiser for the scholarship fund.  During our Chapter’s 40thAnniversary, the tournament was renamed “The Thelma Post Golf Classic”.  The chapter bestowed this honor upon Soror Poston for her many years of service and her ability to financially leverage businesses in the Saginaw community to contribute to the tournament.  Currently, this is one of our signature fundraisers.

The chapter is currently giving $6,000.00 in scholarships and book awards each year with a goal to increase that amount.  The chapter has named its scholarships in honor of these members:  Ernestine Mack Clark, Thelma Kirkland Poston, Odahlia Ledford Rance, and Lizzie Dillard Robinson.

Soon after chartering, two young collegiate sorors moved to the Saginaw area and decided to look over the chapter before joining.  After attending a few meetings, these two sorors joined the chapter.  Soror Sylvia McAfee, who serves as our current chapter president and Soror Delores Wilson, who regretfully relocated to the state of Mississippi and is a member of the Greenfield Alumnae Chapter in Greenfield, Mississippi.  Soror Agatha Marsh was the first initiate and Soror Louberta Weathersby was the second. Since that time, many sorors have come and gone and there are currently fifty-nine members.   In addition to reclaiming sorors, the chapter has inducted nearly one hundred members into this glorious sisterhood.  Several of those inductees are now deceased and include: Soror Agatha Marsh, first inductee in 1969; Soror Anita Evans Jones who was one of eleven inductees in 1983; Soror Josephine Lowery who was one of twelve inductees in 1995; Soror Louberta Weathersby who was the second inductee; Ernestine Mack Clark, Delores Auzanne, Pat Howard, Meaudlea Norris and charter members Bettye Greene and Thelma Kirkland Poston.

The Delta Sprite Youth Group was started in the1979/80 fiscal year by Sorors Doris Brown, Rhonda Farrell Butler, Daphne Gibson and Lizzie Robinson.  The first youth group president was Charmine Brown, the daughter of Soror Doris Brown. The current name of the group is Del Sprite Youth Group.  The high school members are required to perform monthly public service projects, participate in monthly business meetings and Rites of Passage.  The Del Sprite Annual Ball is their signature fundraiser and during this fiscal year, Sorors Shalanda Eillison, Karen Lawrence-Webster and Fontella Smith brought the first youth symposium to the Saginaw County. The Del Sprites held educational breakout sessions for area youth and concluded the event with a day party. The Del Sprite Youth Group will celebrate its 50thanniversary in 2019/2020 fiscal year.

In 1997, Saginaw Alumnae Chapter petitioned the State of Michigan to provide Delta license plates.  This effort caught on and sorors continue to register for the vanity plate.

In 1997, the chapter partnered with Habitat for Humanity to build a house.  Delta Sigma Theta Sorority, Inc., Saginaw Alumnae Chapter was the first to sponsor an “All women built home” in the State of Michigan.  The home is located on Center Road near Gratiot in Saginaw Township. The sorors and other family members volunteered on other homes built in the community.

During the past decade numerous changes have directed the focus of Saginaw Alumnae Chapter:  Political and Social Action; Scholarship; Sisterhood and Power Play; community forums focused on national, state and local political issues; the 40thanniversary recognition of forty local educators as “Legends in Education”;  Fit Fun Dollars for Scholars; Senior Citizen’s Christmas Activity; voter registration and education; Science and Everyday Experiences (SEE); Go Red especially in community churches to highlight healthy heart activities; Pillow Case dresses which provided clothing for children in Africa and Haiti; Goats for Grannies that provided funds for African grandmothers raising orphaned children and highlighted our international awareness efforts; READing initiative to help with the Third Grade literacy initiative in partnership with First Ward as a result of our DTEC (Delta Teacher Efficacy Campaign) town hall meeting that was held at the 2016 Saginaw African Cultural Festival; Dance Collage in partnership with the Links of the  tri-counties; and Stay at Home Tea to encourage African American women to run for public office or become appointed to a board or commission.

Through the listed initiatives and possibly more, collaborative alliances have developed with many community organizations that include:  NAACP, Black Nurses Association, Mid-Michigan Children’s Museum, Pulse 3, Health Fair and Zeta Phi Beta, community churches with the Read-In Chain, and Gospel Praise Brunch.  While we have Delta Days at the Nation’s Capitol and at the State’s Capitol, Soror Karen Lawrence-Webster initiated Delta Days at the High (Saginaw High School) which is our local effort to provide a civic lesson to our high school students (expanded to Arthur Hill and Bridgeport).

We renewed our efforts to encourage African American women to run for public office and obtain appointments to boards and commissions by establishing Saginaw Sorority Sisters.  Soror Karen Lawrence-Webster and Alpha Kappa Alpha member Lisa Coney, co-founded the organization.  Three representatives from each of the Devine Nine sororities are represented during monthly meetings.

Each alliance with programs and agencies aims to promote at least one of our five-point programmatic thrusts: economic development, educational development, international awareness and involvement, physical and mental health, political awareness and involvement on a local, state, national and/or international level.  We are excited to continue our aligned national and state public service as we strengthen the sisterhood.

Sweeter By The Dozen

For more information, as we continue to serve and honor the legacy of Sisterhood, Scholarship, Service and Social Action, which we began 55-years-ago, please visit the News and Events page on this site.

Committee Chairs please plan to report out at the October 4 E-Board meeting if you want to be on the agenda for the October 8 Chapter meeting. 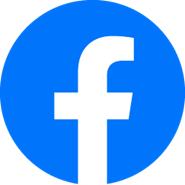